Telephone conversation between Barack Obama and Raul Castro. (White House)
14ymedio, Yoani Sanchez, Havana, 17 December 2014 — Today has been one of those days we imagine a thousand ways, but never as it finally happened. You prepare for a date on which you can celebrate the end, hug your friends who return home, wave a flag in the middle of the street, but D-Day is late. Instead, events arrive in fragments, an advance here, a loss there. With no cries of “Long live free Cuba,” nor uncorked bottles. Life obscures from us this turning point that we would mark forever on our calendars.


The announcement by the governments of Cuba and the United States of the reestablishments of diplomatic relations surprises us in the midst of signs that pointed in the opposite direction, and also of exhausted hopes. Raúl Castro just postponed the third round of talks with the European Union, scheduled for next month, and this December 10 repression fell heavily on activists, as it does every International Human Rights Day.
The first surprise was that, in the midst of the official bluster, of a certain turn of the ideological screw expressed in calls to redouble our guard against the enemy, the Plaza of the Revolution and the White House had been in talks for 18 months. Clear evidence that all this discourse of intransigence was just for show. While they made the island’s citizens believe that even to cross the threshold of the United States Interest Section in Havana turned them into traitors to the homeland, the leaders in their olive-green were working out agreements with Uncle Sam. The deceits of politics!
On the other hand, both Obama’s statements, as well as Castro’s, had a hint of capitulation. The US president announced a long list of moderating measures to bring the two nations closer, before the coveted and greatly demanded steps of democratization and political opening in our country would be achieved. The dilemma of what should have come first, a gesture from Havana or flexibility from Washington, has just been answered. However, the fig leaf of the American embargo remains, so that no one can say the resignation as been complete.

Raul Castro, for his part, limited himself to announcing the new gestures from Obama and referring to the exchange of Alan Gross and other prisoners of interest of the American government. However, in his address before the national television cameras, he gave no evidence of any agreement or compromise from the Cuban side, aside from the reestablishment of diplomatic relations. The agenda on the far side of the Florida Straits we know in detail, but the internal one remains, as it so often does, hidden and secret.
Still, despite the absence of public commitments on the part of Cuba, today was a political defeat. Under the leadership of Fidel Castro we would have never even reached an outline of an agreement of this nature. Because the Cuban system is supported by – as one of its main pillars – the existence of a permanent rival. David can’t live without Goliath and the ideological apparatus has depended too long on this dispute.
Do I listen to speeches or buy fish?
In the central market of Carlos III, customers were surprised midday that the big TVs were not broadcasting football or videoclips, but a speech by Raúl Castro and later one by Obama through the Telesur network. The first allocution caused a certain astonishment, but the second was accompanied by kisses launched toward the face of the US president, particularly when he mentioned relaxations in the sending of remittances to Cuba and the delicate topic of telecommunications. Now and again the cry of “I LOVE…” (in English!) could be heard from around the corner.

It is important to also say that the news had fierce competition, like the arrival of fish to the rationed market, after years of disappearance. However, by mid-afternoon almost everyone was aware and the shared feelings were of joy, relief, hope.
This, however, is just the beginning. Lacking is a public timeline by which commits the Cuban government to a series of gestures in support of democratization and respect for differences. We must take advantage of the synergy of both announcements to extract a public promise, which must include, at a minimum, four consensus points that civil society has been developing in recent months.

The release of all political prisoners and prisoners of conscience; the end of political repression; the ratification of the United Nations covenants on Civil, Political, Economic, Social and Cultural Rights, and the consequent adjustment of domestic laws; and the recognition of Cuban civil society within and outside the island. Extracting these commitments would begin the dismantling of totalitarianism.
As long as steps of this magnitude are not taken, many of us will continue to think that the day we have longed for is not close. So, we will keep the flags tucked away, keep the corks in the bottles, and continue to press for the final coming of D-Day.
Publié par Jack à 17.12.14 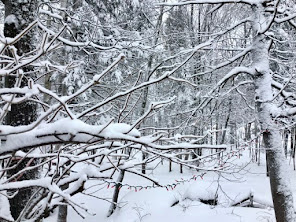 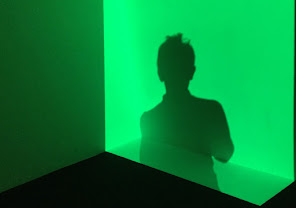